The Feast of Corpus Christi – A Brief History 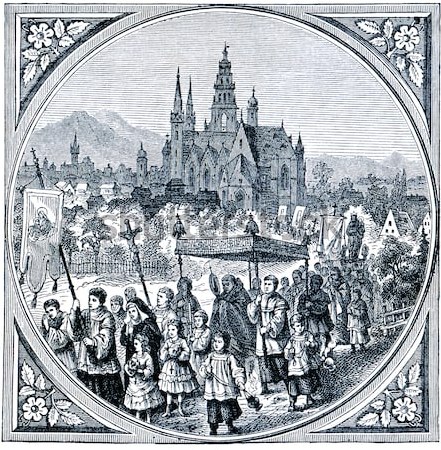 The Feast of Corpus Christi

In the early 13th century a Norbertine Nun in the city of Liege, Belgium named Juliana de Cornillon, received a vision instructing her to promote a feast day honouring the Real Presence of Jesus Christ in the Eucharist. With permission from the local bishop, Robert de Torote, this feast began to be celebrated, at first only within that diocese, but gradually throughout all of Europe. By August 11, 1264 Pope Urban IV had issued a papal bull (Transiturus de hoc mundo) which declared Corpus Christi a feast day to be celebrated throughout the entire Latin Rite. This was the very first papally sanctioned universal feast in the history of the Latin Rite. A substantial contributor to this papal bull was St. Thomas Aquinas who composed the hymn Tantum Ergo Sacramentum to be sung during this feast. After the death of Pope Urban IV, this feast was suspended until 1311. From that point it continued to grow in popularity.

Traditions began to develop surrounding the feast day. Jesus, in the Eucharistic Host, was to be placed in a monstrance which was elevated by the priest who would process before the people. A canopy would be held above the priest and Our Lord as protection from the weather. The idea of throwing flowers comes from an ancient tradition. When a king would enter a city, the people would greet him with flowers and petals to express their love, loyalty, and to proclaim their joy at being in his kingdom. In 1496, at a cathedral in Florence, Italy, the tradition of children dressing in white was established. By 1613 celebrations had become more elaborate in places like Mainz, Germany where hundreds of children dressed in white, representing the nine choirs of Angels, processed before the Blessed Sacrament. Other “angels” strewed flowers before the Eucharistic Lord. These traditions became a way for the people of God to proclaim Jesus as King in a special public manner.

Throughout the centuries the Feast of Corpus Christi faced suspension from popes, and suppression by the Protestant Reformation. Even so, to this day it remains a well known and loved celebration of the Church’s belief in the Real Presence of Jesus Christ in the Eucharist.

One saint who had a particular fondness for this feast day was St. Therese of Lisieux. She said:

“I loved especially the processions in honor of the Blessed Sacrament. What a joy it was for me to throw flowers beneath the feet of God! Before allowing them to fall to the ground, I threw them as high as I could, and I was never so happy as when I saw my roses touch the sacred monstrance.” 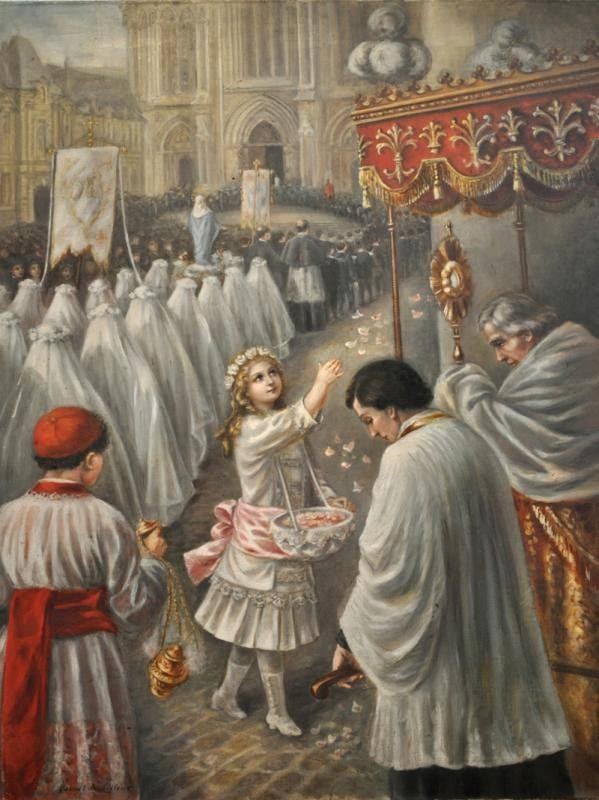