“..and was crucified also for us under Pontius Pilate..”

The greatest legacy that Pilate would have never expected is probably that line in the Nicene Creed.  Pilate was as the fifth prefect of the Roman province of Judaea from AD 26–36. He served under Emperor Tiberius, and is best known today for the trial and crucifixion of Jesus Christ. There are few if any historical records of the man and his rule, save for some accounts of his actions recorded by the Jewish chroniclers Philo and Josephus . Both report that Pilate repeatedly caused near-insurrections among the Jews because of his insensitivity to Jewish customs.
In addition there is a description of Pilate by the Jewish historian Philo, that states that Pilate had “vindictiveness and furious temper”, and was “naturally inflexible, a blend of self-will and relentlessness”. Referring to Pilate’s governance, Philo further describes “his corruption, and his acts of insolence, and his rapine, and his habit of insulting people, and his cruelty, and his continual murders of people untried and uncondemned, and his never ending, and gratuitous, and most grievous inhumanity.”
There was little, if any hard archaeological evidence for the man, and there were, indeed, some  modern liberalists ,who would argue that Pilate was a construct of the Gospels.  However, there was discovered in 1961,  by a team of  Italian archaeologists led by Dr. Antonio Frova while excavating in the area of an ancient theatre built by decree of Herod the Great around 22-10 BC, along with the entire city of Caesarea, a fragment of the dedicatory inscription of a later building, probably a temple, that was constructed, possibly in honour of the Emperor Tiberius, dating to 26–36 AD. The stone bears a partial inscription:

The translation from Latin to English for the inscription reads: 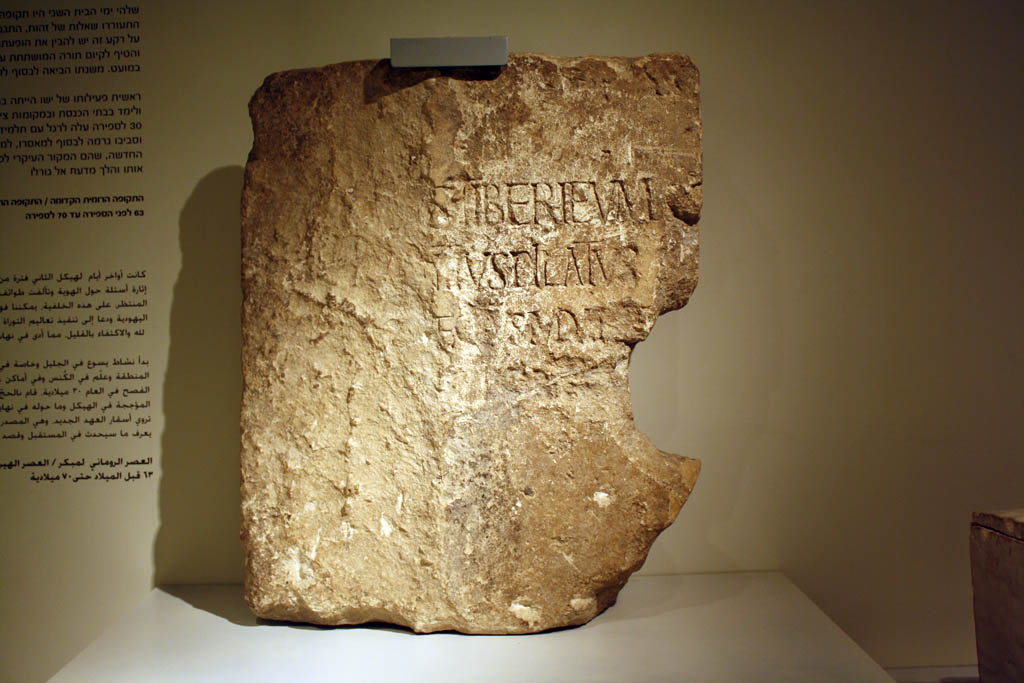