August 20 – Feast of St.Bernard of Clairvaux

Adviser of popes, preacher of the Second Crusade, defender of the faith, healer of a schism, reformer of a monastic Order, Scripture scholar, theologian and eloquent preacher: any one of these titles would distinguish an ordinary man. Yet Bernard was all of these. 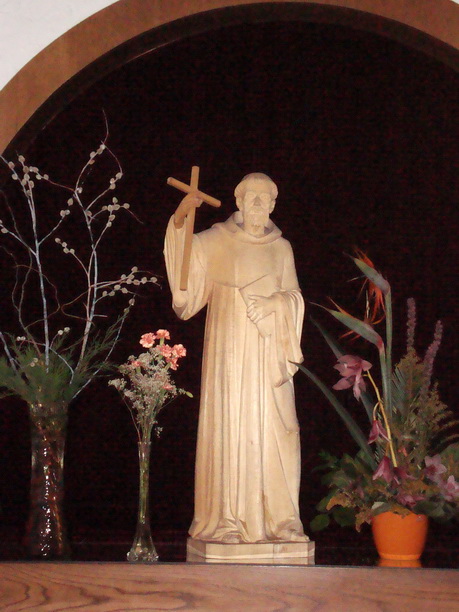 After the death of his mother, Bernard sought admission into the Cistercian order. Three years later, he was sent to found a new abbey at an isolated clearing in a glen known as the Val d’Absinthe, about 15 kilometres southeast of Bar-sur-Aube. According to tradition, Bernard founded the monastery on 25 June 1115, naming it Claire Vallée, which evolved into Clairvaux, (the valley of light.)  Within four years a dying community had recovered enough vitality to establish a new house in the nearby valley of Wormwoods, with Bernard as abbot. Bernard was quite demanding, though more on himself than others. A slight breakdown of health taught him to be more patient and understanding.

There Bernard would preach an immediate faith, in which the intercessor was the Virgin Mary. In the year 1128, Bernard attended the Council of Troyes, at which he traced the outlines of the Rule of the Knights Templar, which soon became the ideal of Christian nobility.

On the death of Pope Honorius II ,a schism broke out in the Church,and Bernard was chosen to judge between the rivals for pope. Bernard spoke with King Henry I of England, also known as Henry Beauclerc, about Henry I’s reservations regarding Pope Innocent II. Henry I was sceptical because most of the bishops of England supported Antipope Anacletus II; Bernard persuaded him to support Innocent. At the end of 1131, the kingdoms of France, England, Germany, Portugal, Castile, and Aragon supported Innocent; however, most of Italy, southern France, and Sicily, with the patriarchs of Constantinople, Antioch, and Jerusalem, supported Anacletus. Bernard set out to convince these other regions to rally behind Innocent. The whole conflict ended when Anacletus died on 25 January 1138. In 1139, Bernard assisted at the Second Council of the Lateran. Bernard denounced the teachings of Peter Abelard to the pope, who called a council at Sens in 1141 to settle the matter. Bernard soon saw one of his disciples elected as Pope Eugene III. Having previously helped end the schism within the church, Bernard was now called upon to combat heresy. In June 1145, Bernard traveled in southern France and his preaching there helped strengthen support against heresy.

Following the Christian defeat at the Siege of Edessa, the pope commissioned Bernard to preach the Second Crusade. The last years of Bernard’s life were saddened by the failure of the crusaders, the entire responsibility for which was thrown upon him. Bernard died at age 63, after 40 years spent in the cloister. He was the first Cistercian placed on the calendar of saints, and was canonized by Pope Alexander III on 18 January 1174. In 1830 Pope Pius VIII bestowed upon Bernard the title “Doctor of the Church”.

“In dangers, in doubts, in difficulties, think of Mary, call upon Mary. Let not her name depart from your lips, never suffer it to leave your heart. And that you may more surely obtain the assistance of her prayer, neglect not to walk in her footsteps. With her for guide, you shall never go astray; while invoking her, you shall never lose heart; so long as she is in your mind, you are safe from deception; while she holds your hand, you cannot fall; under her protection you have nothing to fear; if she walks before you, you shall not grow weary; if she shows you favor, you shall reach the goal” (St. Bernard).