St. Margaret Clitherow was born in Middleton, England, in 1555, of protestant parents. In 1571, she married John Clitherow, a well-to-do butcher in York , and a few years later converted to Catholicism.  During the Reformation she harbored fugitive priests, for which she was arrested and imprisoned by the authorities. Recourse was had to every means in an attempt to make her deny her Faith, but she would not recant, or reveal the identities of fellow Catholics.  Finally, she was condemned to be pressed to death on March 25, 1586. She was stretched out on the ground with a sharp rock on her back and crushed under a door over laden with stones. .When she learned of her death sentence said: “The sheriffs have said that I am going to die this coming Friday; and I feel the weakness of my flesh which is troubled at this news, but my spirit rejoices greatly. For the love of God, pray for me and ask all good people to do likewise” A relic of her incorrupt hand is  kept at the Bar Convent in York. 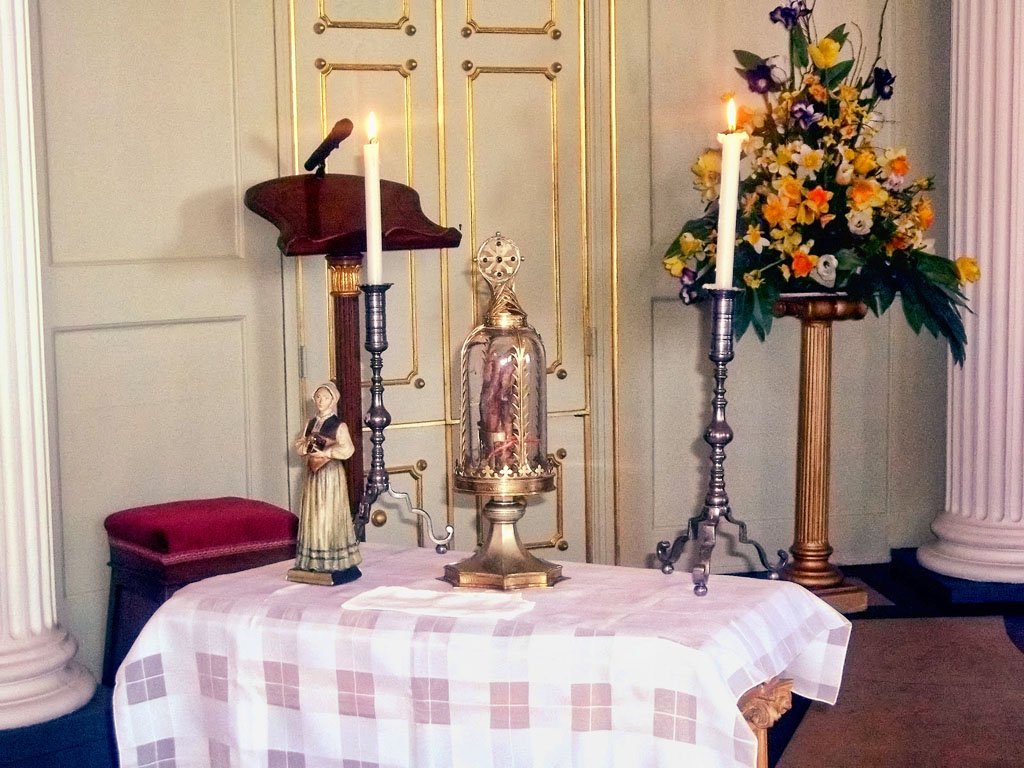 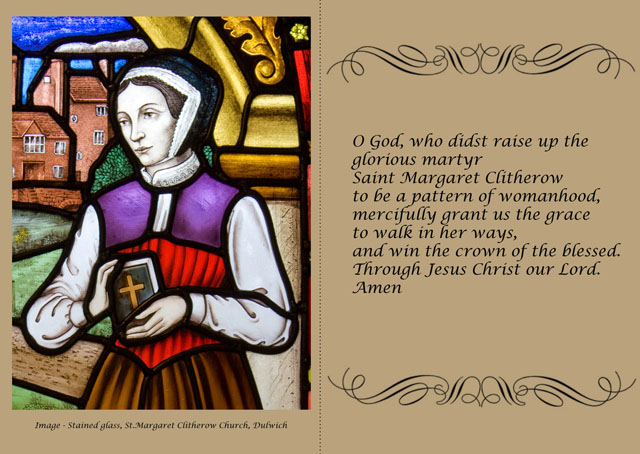