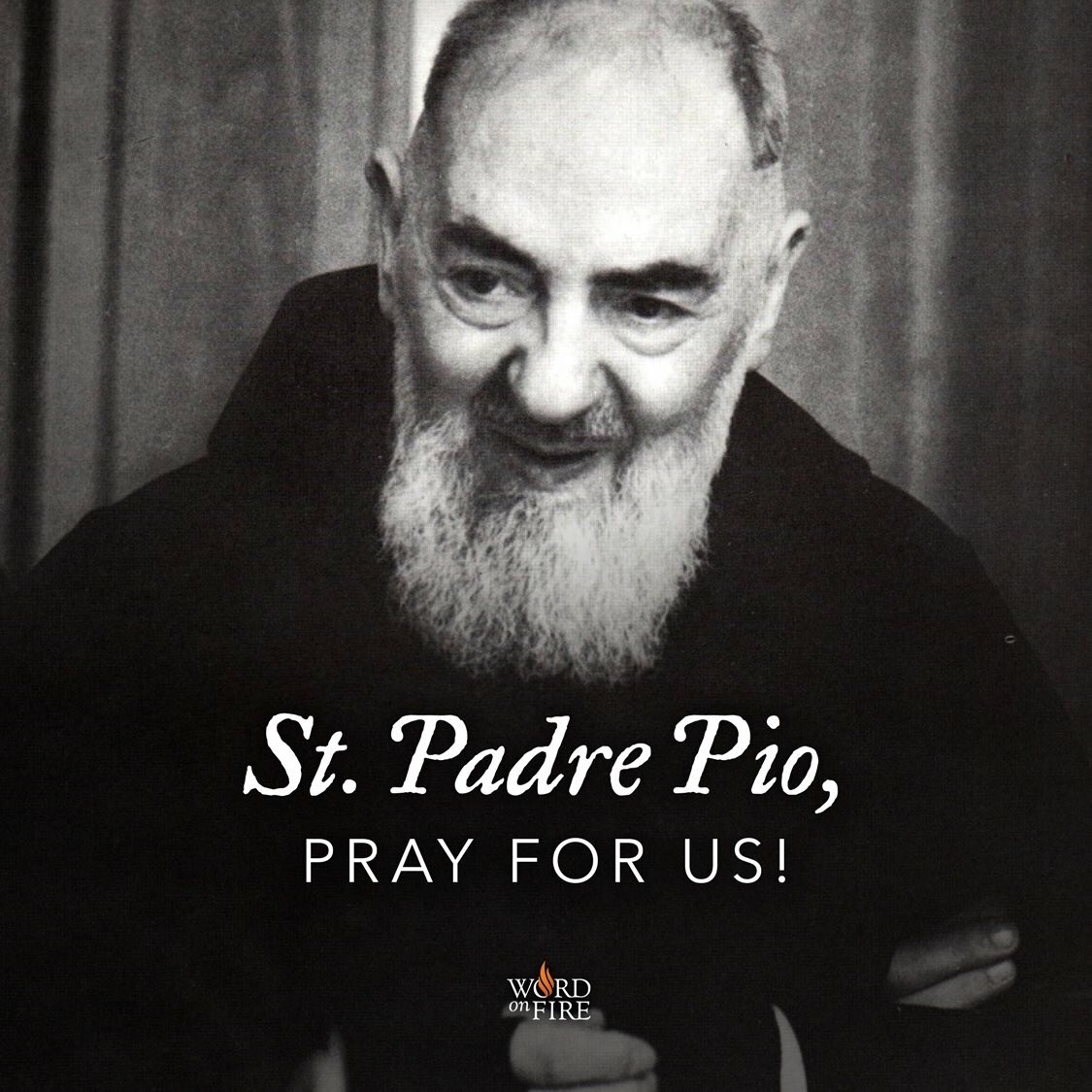 St. Padre Pio was an Italian priest who was known for his piety and charity, as well as the gift of the stigmata. St. Padre Pio was born Francesco Forgione, on May 25, 1887, in Pietrelcina, Italy. His parents were peasant farmers. He had an older brother and three younger sisters, as well as two other siblings who died in infancy. As a child, he was very religious and by the age of five he reportedly made the decision to dedicate his life to God.
On September 20, Padre Pio was hearing confessions when he felt pain in his hands and feet. He noticed the stigmata, the wounds of Christ, appearing on his hands and feet. The experience was painful. Bleeding occurred. The wounds smelled of roses, and although they continued to weep, they never became infected. Doctors who later examined the stigmata were amazed at their perfectly round shape.

“Pray, pray to the Lord with me, because the whole world needs prayer. And every day, when your heart especially feels the loneliness of life, pray. Pray to the Lord, because even God needs our prayers.”   – St. Pio of Pietrelcina