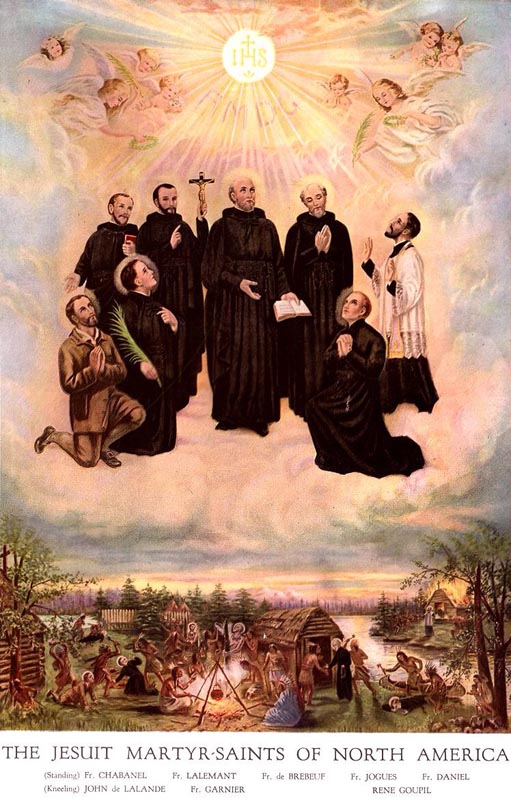 “French Jesuits were the first missionaries to go to Canada and North America after J. Cartier discovered Canada in 1534. Their mission region extended from Nova Scotia to Maryland. Isaac Jogues, John de Brebeuf, Gabriel Lalemant, Noel Chabanel, Charles Garnier, Anthony Daniel, Rene Goupil and John de Lalande (the first six Jesuits, the last two laymen) preached the gospel to the Iroquois and Huron Indians, and after being tortured, they were martyred in the area of what is now Auriesville, New York. The martyrdoms took place between 1642 and 1649. Ten years after the martyrdom of St. Isaac Jogues, Kateri Tekakwitha was born in the same village in which he died. These martyrs are co-patrons of Canada.”

Excerpted from Saints of the Roman Calendar by Enzo Lodi